The Eurovision Romania jury has decided the winners of the semi-final from Craiova, on Sunday, February 4th, in a show broadcasted live on TVR 1, TVR HD, TVR International, TVR Moldova and TVR+,

Erminio Sinni & Tiziana Camelin, Xandra and Vyros have won the first three places and will go on to the Big Final of the contest, on February 25th, on the stage of Polyvalent Hall, in Bucharest.

„I want to address my special thanks to the organisers for their hospitality. They have been marvellous hosts. We did not expect to win, we just wanted, in the first place, to bring on stage our music and lyrics”, has declared Erminio Sinni after the announcement of the jury. „We are already working for a special show for the Big Final, so keep our fingers crossed for us, we do need some luck!”, has added Tiziana Camelin. 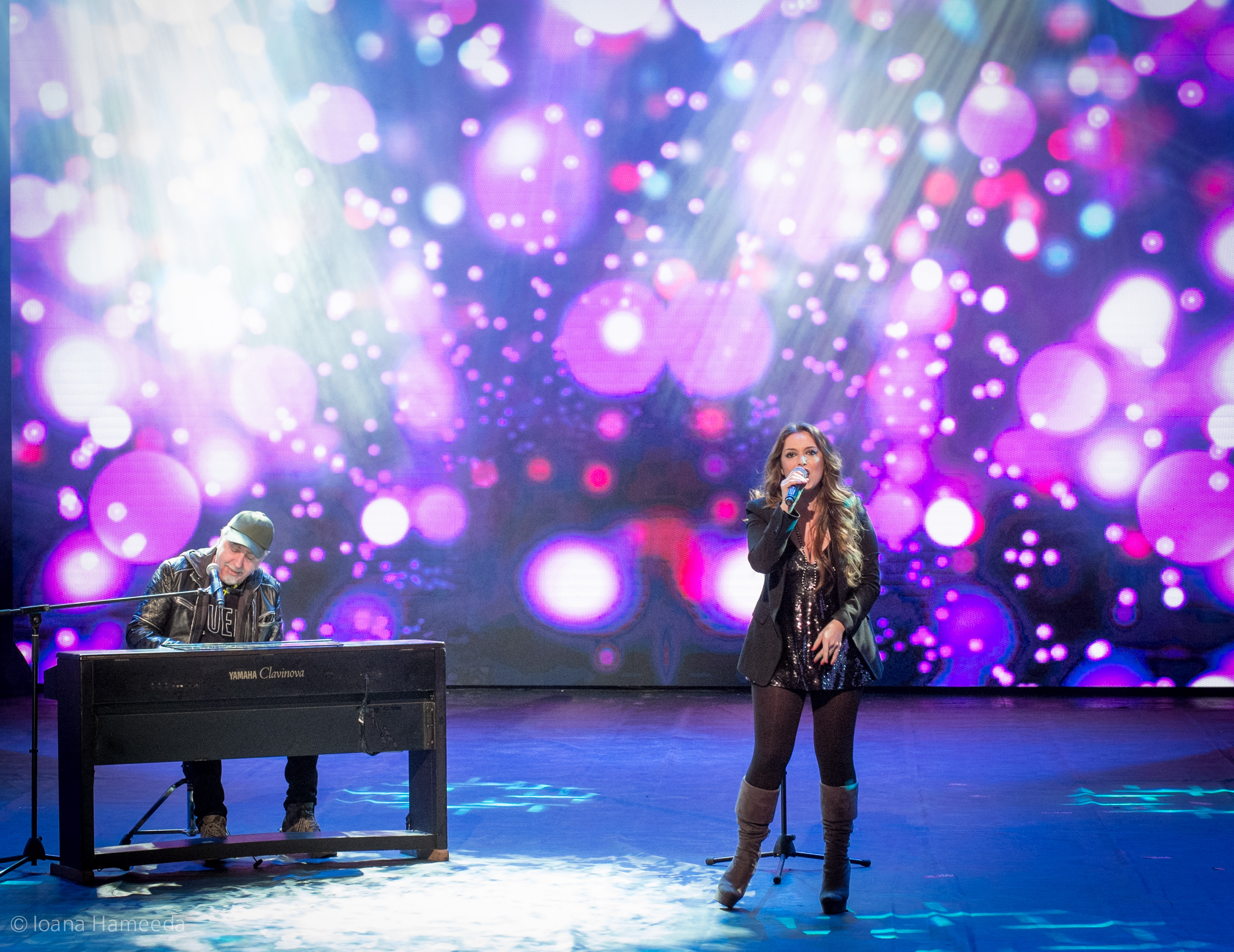 „I am very happy and very proud that I succeeded to win the semi-final, even if something unexpected has happened – with two competitors on the first place”, has witnessed Xandra, who is again one of the finalists of Eurovision Romania. 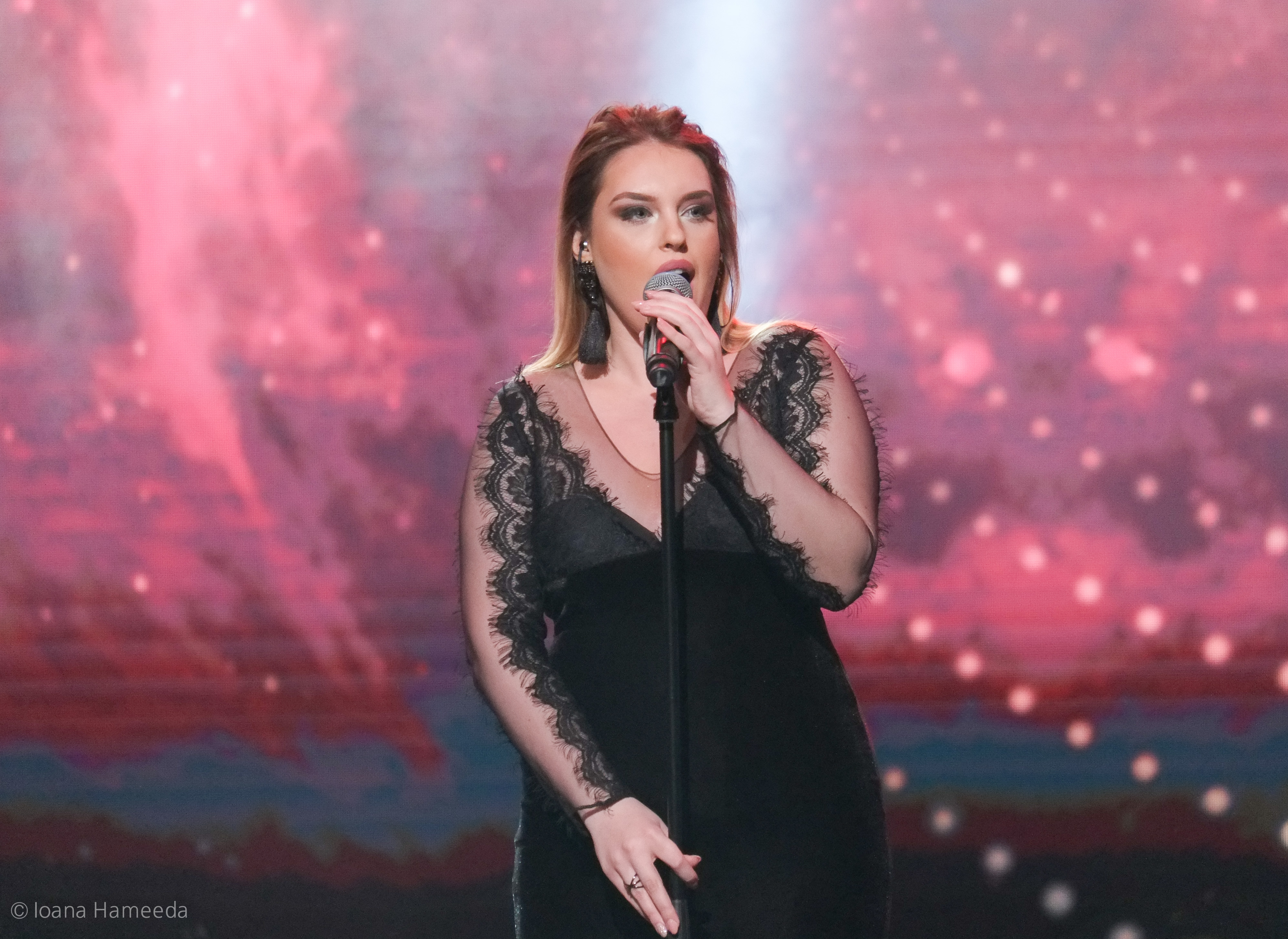 Vyros showed confidence in the song which brought him success in the end of the show: „I am very happy I won. I do hope for a great success in the Big Final, since our song has a very positive message that can conquer not only Europe, but an entire world.” has the artist from the Republic of Moldova declared. 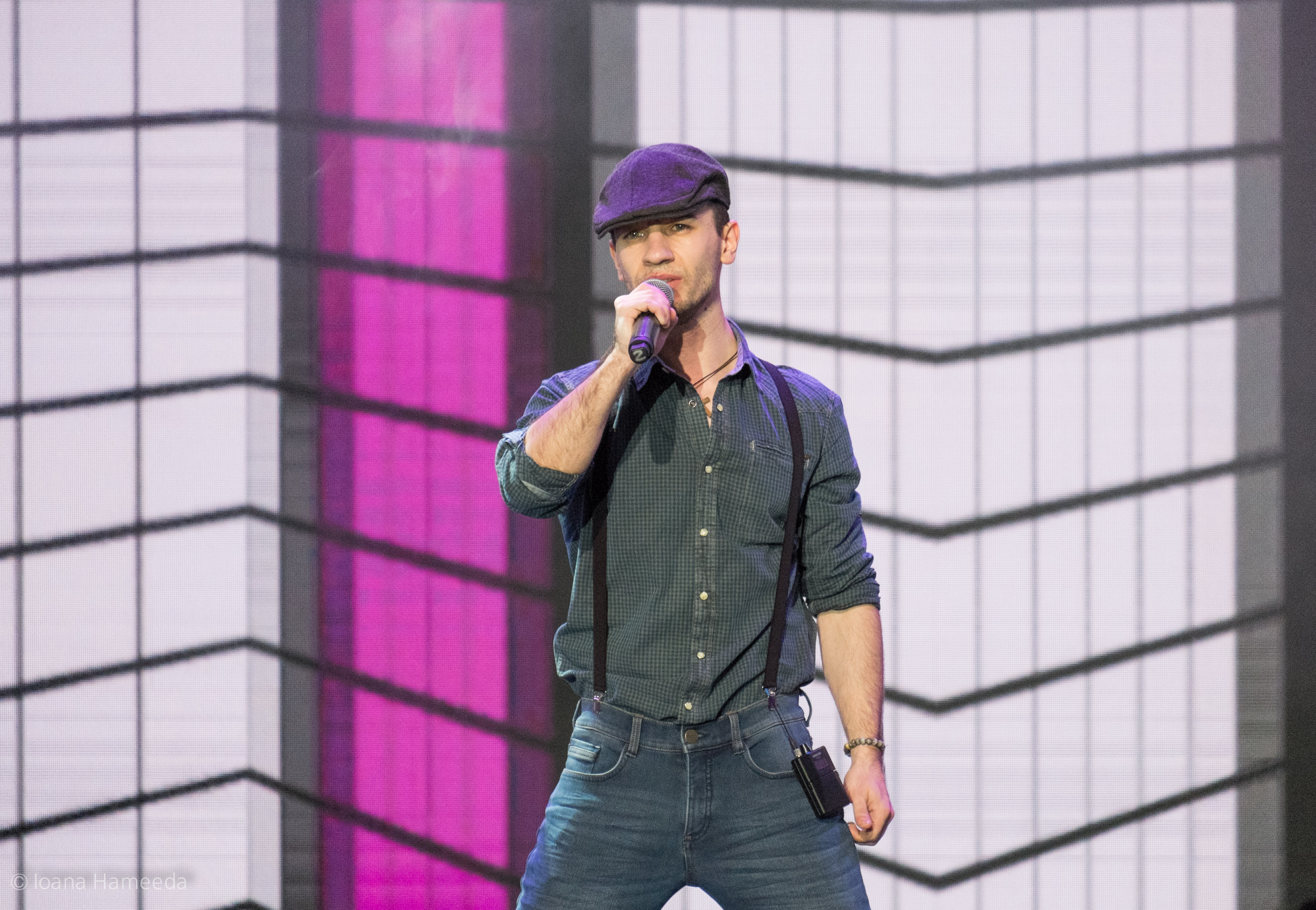 The third show of the National Selection took place on the stage of the National Theatre „Marin Sorescu” from Craiova, where the 12 semi-finalists – Erminio Sinni & Tiziana Camelin („All The Love Away”), Zavera („Come Back To Me”), Mareş Pană („Daydreamer”), Aurel Dincă („Fire In The Sky”), Tavi Clonda („King”), VYROS („La La La”), Diana Brătan („Paint It Rainbow”), Carolina Gorun („Reach Out For The Stars”), Elena Hasna („Revival”), Eliza Chifu („So Good Without You”), Ayona („The Story Goes On”) and  Xandra („Try”) – have offered a high-quality show.

The top of the semi-final is the following:

Erminio Sinni & Tiziana Camelin („All The Love Away”) 52 points

Carolina Gorun („Reach Out For The Stars”) 17 points

Eliza Chifu („So Good without You”) 13 points

The photos of the semi-final of the National Selection from Craiova can be downloaded by accessing the link: http://bit.ly/2s9LTzk. All the songs qualified in the semi-finals of Eurovision Romania can be listened on the dedicated site, eurovision.tvr.ro.

Florin Ristei and his band – FreeStay – have sung their single „If I am a wolf” and other songs loved by the public, such as: „Let it go”, „It must have been you” or „There is nothing between us anymore”.

The band has made a show with one of the most famous songs in the history of Eurovision – „Fairytale”, interpreted by Alexander Rybak, the winner of the international final in 2009, but also with Dan Bittman’s the song „Beyond the clouds” which represented Romania for the first time at the international contest. 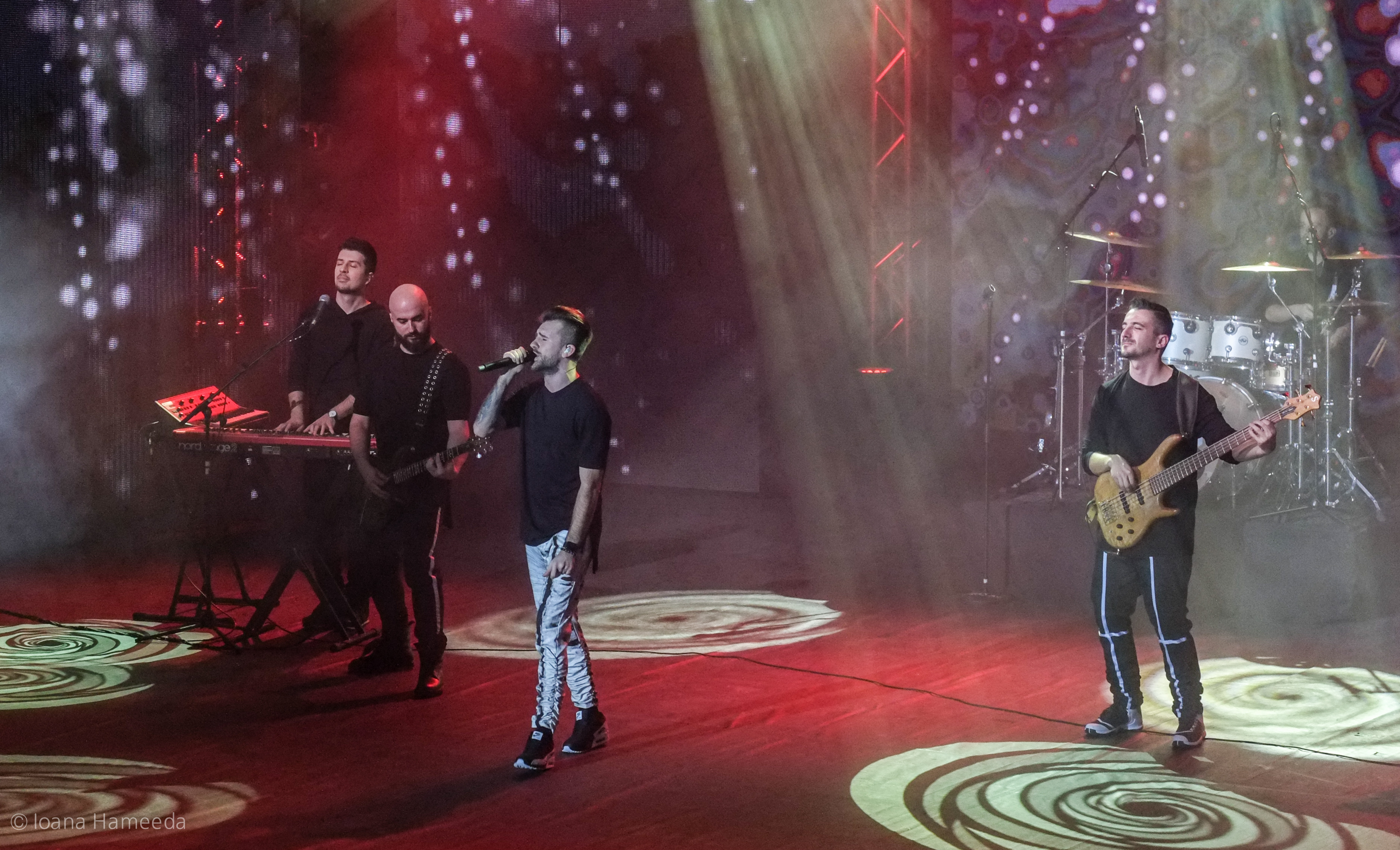 The show has ended with a tribute performed by Dan Helciug to the legendary band Queenand had as a special guest the young opera singer – Mihaela Alexa. „My Queen Tribute” has brought a real energy in the hall and the public danced on hits such as „We will rock you”, „Barcelona”, „Love of my life” and „We are the champions”. 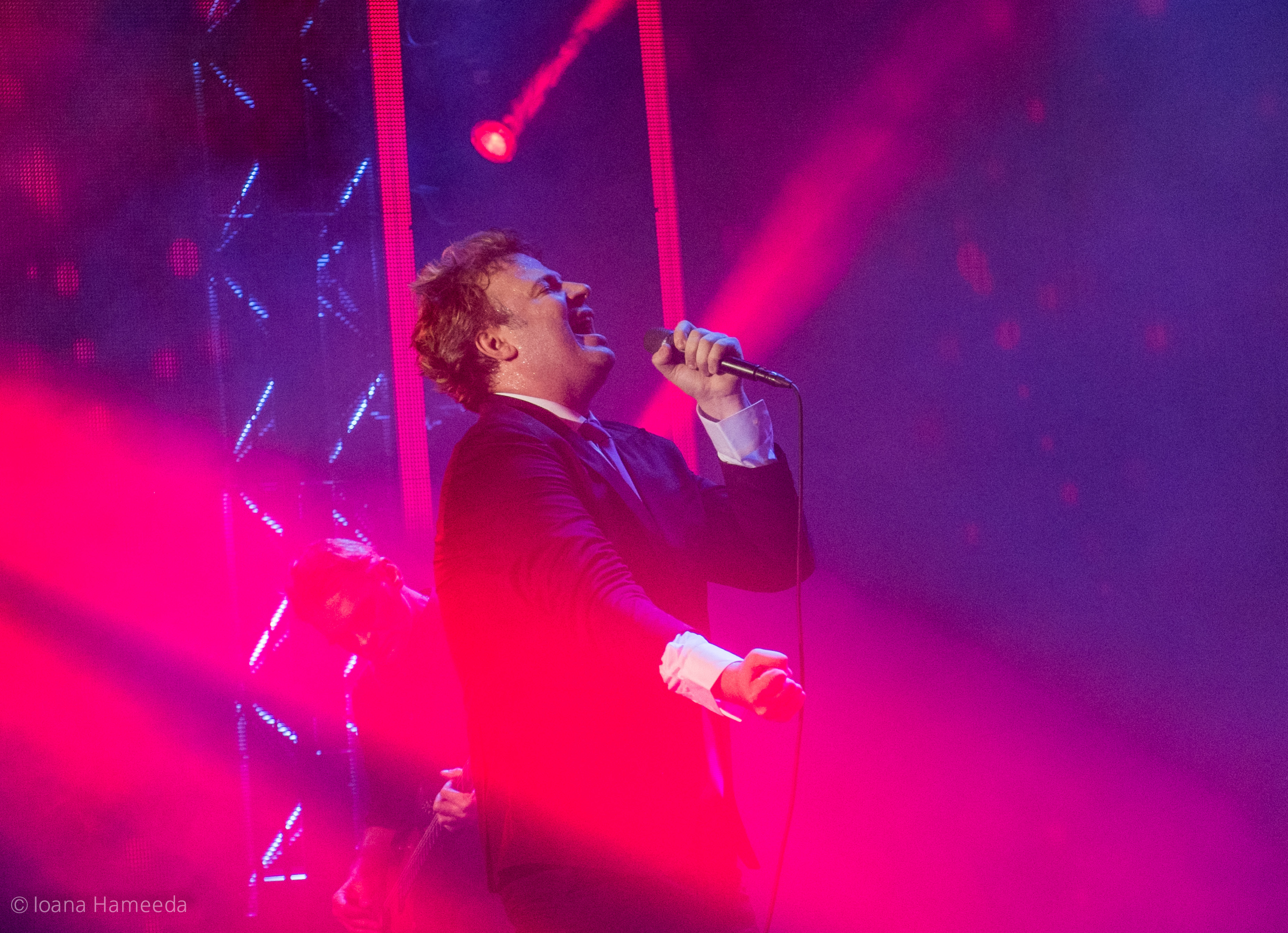 The Eurovision show from Craiova has been hosted by Diana Dumitrescu and Cezar Ouatu, together with TVR Craiova’s star, Alina Şerban, who has witnessed the artists’ emotions and reactions in the Green Room.

Besides the winners of the evening – Erminio Sinni & Tiziana Camelin, Xandra and Vyros – the artists Alexia & Matei, Echoes, Eduard Santha, Jukebox feat Bella Santiago, RAFAEL & Friends, MIHAI will also compete in the Big Final. We will find out the next six finalists within the next two shows from Turda Salt mines – on February 11th and from Sighisoara city – on February. 18th, The shows will be broadcast live on TVR 1, TVR HD, TVR International and TVR Moldova, as well as on TVR+, starting from 21.00 hrs.

Marian Ionescu, Ilinca Băcilă, Nicu Patoi, Liliana Ştefan and Viorel Gavrilă are the jury members who decide the finalists of the National Selection 2018. During the five semi-finals, they are choosing the 15 songs for the Big Final of Eurovision Romania.

Erminio Sinni & Tiziana Camelin („All The Love Away”)

Erminio Sinni has a vast experience in show-biz. Born in 1961, the artists has started to study the piano at the age of 12, and at the age of 18 he has moved to Rome, in order to follow a career in music.  In 1989, Erminio competes at Sanremo festival as a composer of the song   „Tutti i cuori sensibili„, interpreted by Stefania La Fauci.

In 1991, the artist has been invited by the ambassador Peter Secchia to sing at a party organised for Frank Sinatra, at the American Embassy in Roma.

Erminio Sinni comes back at the Sanremo Festival in 1993, this time as an interpreter, and obtains the fifth place with the song “L’amore vero” and wins Premio Volare for the best music of the event and the award S.I.L.B. for the best lyrics.

In 1996 he received the award “Mia Martini” at the best singer – composer category, and in the period 2002-2006 he was the official singer of the Italian national football team.

Xandra participates for the third time in a row at Eurovision Romania. Starting from 2016, she started collaborating with a foreign team made up of Will Taylor, Jonas Gladnikoff and Michael James Down. This team has composed for her the three songs for the editions 2016, 2017 and 2018 of the National Selection: „Superhuman”, „Walk on By” and „Try”.

Xandra started singing at the age of 5 , and at this very age she had her first songs composed by  Jolt Kerestely , her first album and also her first contact with the stage and her first concerts and TV appearances. The artist has won 80 national and international trophies, including one from Mamaia Festival, where at the age of 16, she won the first place and the Press award as well. .

His real name is Vladimir Cioban, and he is from Chisinau, where he graduated the Music Highschool „Ciprian Porumbescu” and The Academy of Music, Theatre and Plastic Arts. Along the years, he won numerous national and international awards, and in 2004 he represented the Republic of Moldova and the Karaoke World Championship in Sweden.

At present, the artist is a second conductor of the Academic Choir Chapel „Doina”, within the National Philharmonics „Serghei Lunchevici”.

About „La La La”, the song he performed at Eurovision Romania, Vyros confesses “that it is one of those songs that you perform in a certain language, but it can be felt and understood by a whole world – it is like a contagious virus inducing positive vibes to anyone”.